Nelson artist Sean Garwood was chosen to travel to Antarctica at the end of November 2015 to sketch and photograph the historic huts of Robert Falcon Scott and Sir Ernest Shackleton by the Antarctica New Zealand and Antarctic Heritage Trust.
With his return to Nelson in December, Sean's task is to work full time on a collection of highly detailed oil paintings.
His focus is predominantly on the inside of the huts which contain a treasure trove of personal items belonging to these famous polar explorers. 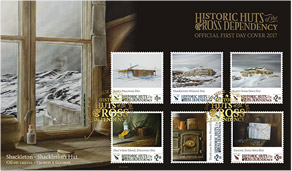 Listen to Sean talk to Kathryn Ryan about his oil painting project recording the intimate detail of life in the huts of Scott and Shakleton.
Click here